Enforcing compliance: How nót to do it Enforcing compliance: How nót to do it

Well, I can certainly say that I learned a big lesson this weekend! But don’t think I’m the only one. As the saying goes, consumers often talk with their feet, and Nedbank might soon see an exodus from their 100,000 account holders, after the recent tactics used to punish non-compliant clients.

My story started when I swiped my credit card at a coffee shop on Thursday afternoon and was greeted with “Transaction declined”. Though annoyed and slightly embarrassed, I stayed calm out of respect for my guest.  Unfortunately, I then inadvertently misdirected my irritation to the waiter, who had absolutely no idea what to do (her suggestions that I walk to an ATM or request cash from others didn’t help the situation).

Thinking that is was a small technical glitch, I then returned to the office to wrap up my final to-do’s before Easter Weekend kicked off (including, most importantly, paying VAT in time for close of business).

This is the moment I found out that my bank account had in fact been frozen. Imagine my distress: not only was I unable to pay VAT before close of business, but also with month-end, I could also not pay my team. After being on hold for 15 min I eventually got hold of an agent at the call centre: all the staff dealing with FICA had left with no one else able to assist.

Finally, I resorted to Twitter, and Nedbank duly responded to say they are sorry and requested my contact number. Their response arrived the next day (with nothing identifying it as Nedbank), mentioning “efforts” to try and reach me. I found this insulting PR spin, given that my phone was with me 23-7 during this desperate situation.

It turns out that Nedbank was acting after they had sent out warning text messages requesting FICA updates. I had received this message on Tuesday, two days prior. I then unsuccessfully tried to contact my banker due to a busy line and added to my list of tasks to do later. “Possible restrictions” did not allude to the urgency, or the specific actions (like a business account being frozen).

While I fully support compliance measures, is seems there was no consideration for the timing or impact of this action. At what risk did Nedbank force compliance by imposing its punishment on over 100,000 account holders in this way?

In my small world, it meant that I was unable to pay my company VAT, my seven team members or my own salary. When it comes to SARS, no grace is ever extended – with immediate penalties of 10% for late payments (with interest). Even more vexing, how do you navigate the predicament of staff dependent on your timeous payment?

On Easter Friday I called again, was put on hold for 15 minutes, and then requested a call back. I am still waiting.

On Saturday I went into the bank (an experience few relish) to provide the required documents. The individual assisting me had a complete lack of empathy: he/she was highly dissociative and dispassionate to help, fixating on the process and repeating what cannot be done. I left with a potential, best-case scenario: if the documents were approved, it would be three working days before I could access my account again.

As a loyal customer of nine years, I feel the campaign was extreme. I can’t believe this was the only possible route to compliance; and even if it was, thorough support should have been put in place to assist “delinquent” customers.

The take away from Nedbank’s campaign from a customer experience perspective? The full implications this drastic campaign was not considered. In my view, there were a few fatal flaws in the design of the campaign:

Nedbank may argue they exercised tough love, but acted in a strict “adult” ego state in an effort real in a delinquent “child” (refer to transactional analysis) . And they have succeeded – I do feel punished. But I’ve never felt so unloved. The emotional residue of feeling devalued, disrespected, disempowered, disillusioned and desperate left scars too deep to continue my relationship with them.

I will take my business to a bank who still understands that they are dealing with people on the other end of an account number.

The Consumer Psychology Lab is a customer experience consultancy with extensive know-how of measuring emotion. Our highly skilled psychologists interview customers about their experience and provide our clients with deep insights into consumers’ experience and behaviour. We are also passionate about equipping companies with the most suitable CX tools and skills. www.consumerlab.co.za

Found this Article insightful? Share on social with the below links! Does your brand have its own distinctive Customer Experience DNA? Customer Journey Mapping – Be your customer and get real customer insights The Pandemic excuse for lousy service is moot – even if customers are rude! 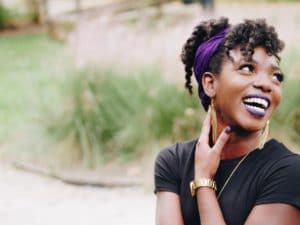 PrevPreviousAn Experience To Remember: But What Do They Remember?
NextCX magic in an unexpected place: How Standard Bank stole my heartNext

© 2022 by The Consumer Psychology Lab

© 2022 by The Consumer Psychology Lab
Designed & Hosted By Creatives Guild